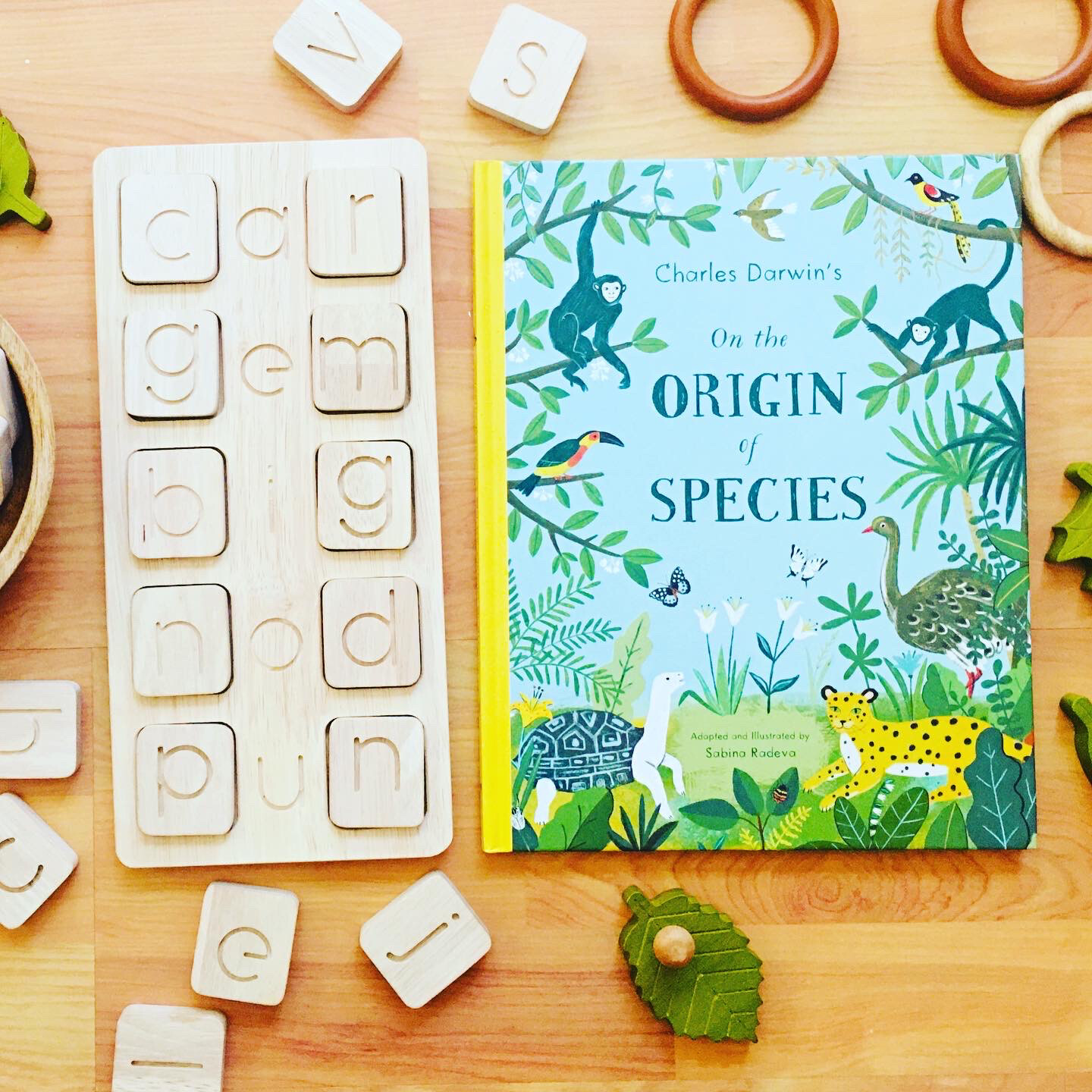 On The Origin Of Species

A picture book adaptation of Charles Darwin's groundbreaking On the Origin of Species, lushly illustrated and told in accessible and engaging easy-to-understand text for young readers. On the Origin of Species revolutionized our understanding of the natural world. Now young readers can discover Charles Darwin's groundbreaking theory of evolution for themselves in this stunning picture-book adaptation that uses stylish illustrations and simple text to introduce how species form, develop, and change over time.

"A beautiful introduction to a complex topic.” —Booklist, starred

Sabina Radeva is a graphic designer and illustrator based in London, England. In 2008 she graduated from the Molecular Biology M.Sc. program at the Max Planck Institute in Germany. In 2009 she left science for a creative career, and she has since studied as an illustrator. Sabina is passionate about projects that blend science with art. She is the mother of two little girls, who are her source of daily inspiration. Beautifully illustrated, her adaptation of On the Origin of Specieswas an immediate sensation around the world when launched on Kickstarter. You can follow her on Facebook, Instagram, and Twitter at @sabina_.

Save this product for later
Display prices in: USD